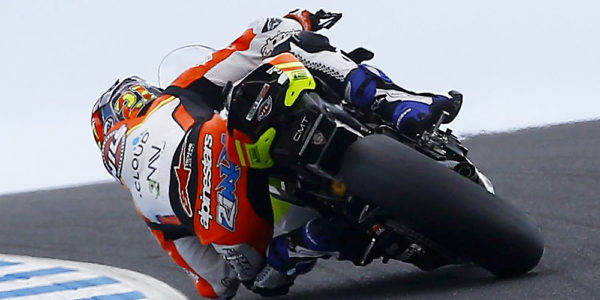 TEAM GO ELEVEN IS BACK ON TRACK, AFTER THE SANITARY EMERGENCY!

The world motorcycling long period of pause has finally come to an end!

Team Go Eleven goes back on track, with the whole team participating in WorldSuperbike Championship, for the two-day test at Misano circuit. On June 23-24 Michael Rinaldi will ride the Go Eleven’s V4-R, with which he’s not riding from the Australian stage of Phillip-Island, four months ago. It will be an excellent test for all the technical staff, that has to come back to action and resume habits and feeling from the beginning of the season. The twenty-three years old rider from Santarcangelo di Romagna will take advantage of the kilometers at Misano circuit to get back to the feeling and the speed shown at Phillip Island; it will be fundamental to be ready and to be physically prepared to high temperatures, a constant that will be with us at the restart of the season. Team Go Eleven will experience these two days as a real racing weekend; fairings, box, clothing, truck and compulsory masks will be in official WorldSBK livery, with the aim of providing the maximum image and visibility possible to our partners!

The Misano tests were organized in view of the hottest summer ever: Dorna has issued a definitive calendar in recent days, which currently includes six stages: Jerez de la Frontera, Portimao, double appointment in Aragon, Barcelona and Magny-Cours with four more stages to be confirmed for the season finale! From August to September there will be five thrilling stages that will give life to the championship of the series derivatives. We still have to understand how we can access the stages, whether with the public and guests or without, but, for sure, there will be fun!

Michael Rinaldi:
“I am very happy to ride again with my team after months and months of inactivity! Two weeks ago I was lucky enough to get back on the bike with the Ducati Test Team and this allowed me to get back a bit to the automatisms, but to return with your team is like starting from the beginning, because we are at home from Australia, held at the end of February. Our plan is very precise, we have some things to try and we will try to be prepared for the season; we will not go in search of performance, but we will have the aim to work for race pace. We have a lot of work to do, the temperatures will be high, but both the team and I need these tests to resume the automatisms we missed. We will see optimism and happiness, that’s what we need after such a difficult time for everyone!”